10.16.18 IAW&A Salon: Our Village Expands to Welcome All with Immigration-Themed Salon 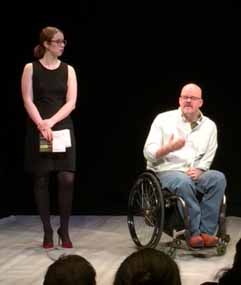 Thanks to Charlotte Moore and Ciaran O’Reilly and their associates at the Irish Repertory Theatre for welcoming IAW&A to their stage. Brendan Costello and Kathleen Walsh D’Arcy gathered a fine array of talent for a special immigrant themed-Salon, with Brendan and Miranda Stinson making a smooth hosting team. Sometimes it does take a village to organize such a superb event.

The night was framed as “The Emigrant’s Lament” after an old Irish song.

One writer noted that there wasn’t much too lamenting. Instead, the artists appreciated their origins as well as the freedoms and opportunities realized in America. 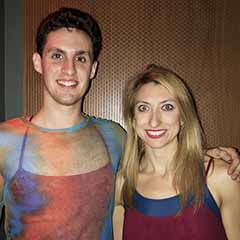 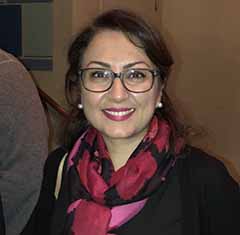 Maryam Alikhani returned to the Salon with more poems after her magnetic presentation last summer. A widely published poet whose work has appeared in Esque Mag, Poetry in Performance, Promethean, The Poetry of Yoga as well as several periodicals in Tehran, Iran, she’s an award winner educator, writing instructor and translator. She read a tribute to her native city, “I Am from Tehran” and another that knowingly says, “Diversity is anybody who is not me…”

A poet, essayist and playwright originally from the Bay Area, Diana Fu started her writing career early, having been recognized as Teen Poet Laureate (2012-14) for the city of Pleasanton, California. She has written, produced and co-directed an original play, Tears at the Margins, and has published poetry in Spark: A Creative Anthology. She read two poems “On Going and Leaving Again” and the evocative  “Summer in the Kitchen.” In an excerpt from her new essay, “Transplants,” Diana writes about looking for a haircut in Minneapolis and finding a connection.

Brooklyn based Afghan American poet Zohra Saed brings her love of ancient stories to her lyrical poetry. She read from her series about great cities, including “Kandahar,” and talked about a legendary Afghan figure who introduced horses to Ireland. A teacher of Literature at Bard Early College, Queens, a co-founder of the nonprofit indie UpSet Press, Zohra’s poetry and essays have been published in numerous anthologies and journals. Zohra ended with a tribute to immigrants everywhere, “Ode to Hardworking Parents.” 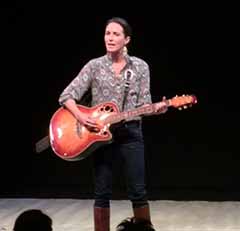 Musician, songwriter, performer Leenya Rideout’s unique style blends folk, rock and country with a Celtic edge. She entertained with two original songs from her solo show Wild Abandon that recently ran at the Irish Repertory, “This American Dream” and a beautiful lullaby  “Let Yourself Dream.” 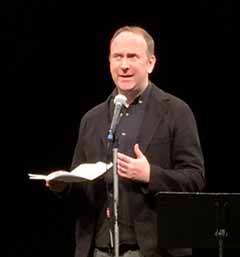 Longtime Arts Editor of The Irish Voice, Cahir O’Doherty has reported on the culture, politics and heritage of Irish America for almost two decades. With a passage from his recently completed memoir set in Ireland and California in the 80s, he touched many salongoers with the statement that he’d “always been an emigrant, even at home…in Donegal.”

Edgar Smith is a Dominican immigrant, poet, writer, editor and translator. Edgar offered several poems, including  “Subway Corrido” that recognizes the Mexican musicians who play in the subway and “Island Boy” about his own dual-island identity. Edgar is an organizer of the poetry event Versos Estivales,which focuses on diversity and identity. A prolific writer, he’s published five poetry books, four short story collections and three novels and he founded a publishing house, Books&Smith. 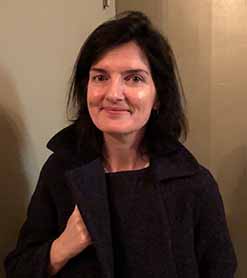 Writer in residence at Queens College (CUNY), Carmel McMahon collects the oral histories of Irish immigrants for the Queens Irish Oral History Project. She has a memoir in the works about her own immigration story: Carmel, who grew up in Ireland, came to New York in 1993. Carmel revisited an Irish Times essay she wrote in reaction to Trump’s Presidency, and expresses gratitude for what she’s built in America and her determination to remain here.
Read the full essay here. 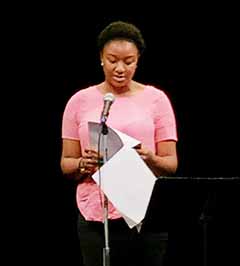 Originally from Mali in West Africa, Assetou Kone is pursuing a Bachelor’s Degree in Political Science at the City College of New York, where she is President of the African Student Union. She recently interned for The Black Institute, organizing an immigration campaign within African communities of Bronx, Brooklyn and Staten Island. The young activist read an essay about slavery in Libya, powerfully showing that slavery is not history, it is ongoing today. 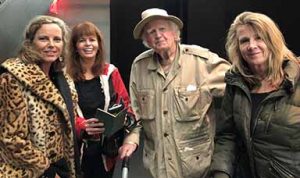 Introduced as “the original anchor baby” (he was born in Brooklyn; the family returned to Ireland when he was 3), IAW&A founding member Malachy McCourt came back to New York at age twenty. Malachy closed the night regaling us with his story, acknowledging that in America, “his dreams have come true” having created a wonderful family, a varied career as stage and screen actor, raconteur, radio personality and writer. He closed with some verses from a poignant folk song from famine times, “Over Here”

Oh, I we wish that we were all geese
For they live and die at peace.

Thank you again to all presenters, organizers  our excellent hosts, audience and our friends at The Irish Rep.