It was a time of celebration for the Irish American Writers & Artists Salon as they celebrated the fifth anniversary of their monthly visit to Bar Thalia, the funky little “basement bistro” in the seemingly infinite Symphony Space creative universe. Host and Salon Producer John Kearns got the party started by sharing news of other recent IAW&A events – including their participation in the “Welcoming Ireland,” the Irish Consulate’s and New York City’s commemoration of the Easter Rising Centenary at Battery Park; their own 1916 bash in April at The Cell Theatre – which included a very special appearance by none other than Barbara Jones, the Consul General of Ireland in NYC, and a special IAW&A Salon in May, which was part of Salon Eire 100 at Glucksman Ireland House.

John then kicked things into gear by introducing Vivian O’Shaughnessy, a writer and artist who shared a poignant, autobiographical monologue.

Vivian was followed by writer Terrence Lavin, who spun a fascinating family tale of mystery and intrigue: he discovered a 125-year-old family secret in the New York Timesarchives. An article from 1889 revealed that his great-great grandfather, Patrick, an immigrant from County Mayo and a New York City policeman, killed two people on the job and was subsequently indicted for manslaughter for one of the killings. Poring through old indictment records and witness statements, Lavin reinvestigated the incident, and actually tracked down the great-great grandson of the man Patrick clubbed to death. He wrote about this story, and genealogical journey, publishing it in the New York Times in 2014. Currently, he is shopping a TV drama script about Tammany Hall’s Pequod Club which his great-great grandfather was a member. John Sheehan’s infamous Pequod Club, which was the political club representing the Chelsea area,  was the cross section of corruption, politics, media and even the invention of vaudeville.

John Kearns himself then read a new excerpt from his novel in progress, Worlds, in which Paul Logan tells the story of John McIlhenny, a friend who had tread the boards of his life but was never a major character.  John McIlhenny gets into an argument with his boss and quits the greasy spoon where he had been working only to run into a crew of Irish sailors who need a cook for their tall ship.  John signs on with them, crosses the Atlantic a couple of times, and becomes a DJ for a pirate radio station in Ireland.

John was followed by the poet Jenifer Margaret Kelly, who read several of her lovely original poems. 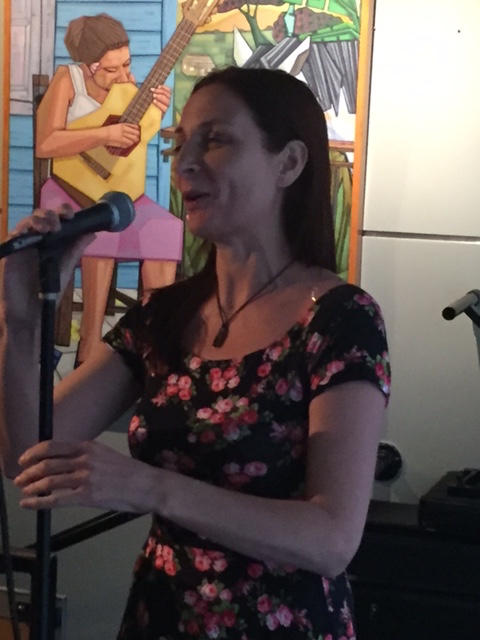 Cork-born Eilin O’Dea then regaled the audience with an off-book excerpt from Molly Bloom’s soliloquy from the final section of Joyce’s Ulysses.  Did she wow the salon crowd?  Yes she did yes! 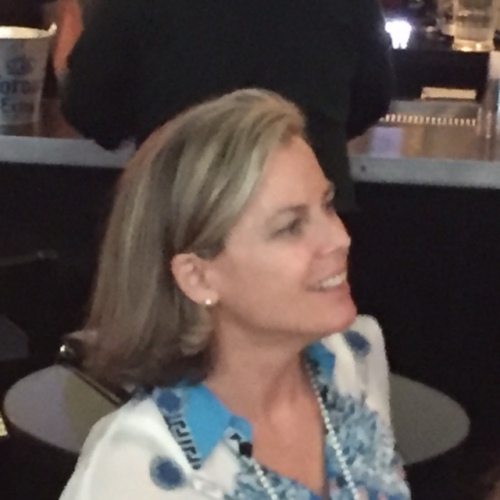 After a short break that featured warm conversation and cold refreshments, the evening continued with Tom Mahon, the writer/actor/video artist who read a story called “Veal” from his collection of vignettes Tomorrow Never Came.  Taken from the point of view of a bull calf, it recounts his life after his mother is taken away, and then he is – to the slaughter house.

Gordon Gilbert then treated the audience to some of his unique and powerful poetry, before giving way to John Paul Skocik, who returned to the Salon to perform three new songs, the first a little musical departure called “Trolling,” about internet trolls and their motivations. The second song was brand new song semi-inspired by Memorial Day called “World War II,” about leaving a loved one to go off to war.  He finished with “The American Dream,” a tune about what we assume we are entitled to and learning what really matters. 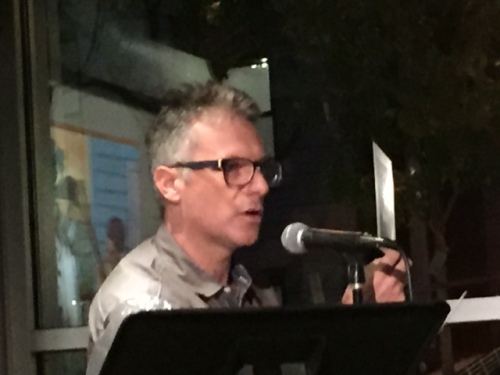 John Munnelly then took the stage and presented a dynamic combination of his original art and music, with a “remembrance” theme which included commemorating the 1916 Easter Uprising and honoring Memorial Day weekend. He shared a set of portraits of the seven signatories of the Irish Proclamation plus a frontispiece, and also performed several songs; “Flagpole Blues”, “Nowhere Without You”, and a new, as yet untitled tune. More information about John’s artwork (including discounts and special editions) can be found at http://laughjohnlaugh.com. You can check out some of his music at https://youtu.be/0dL9KaREpcU. 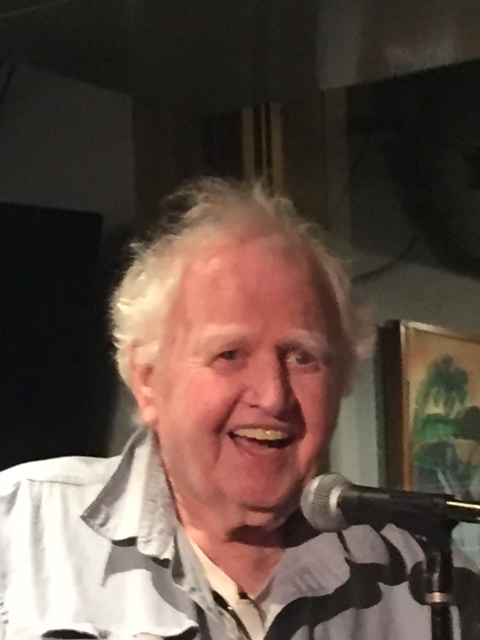 Finally, our incomparable leader, our roaring lion – Malachy McCourt – brought this Memorial Day show to a memorable close when he poignantly and humorously pointed out how the mythology of war movies and songs differs from the realities of actual combat and its very tragic aftermath, finishing with a stirring performance of the Irish anti-war song, “Johnny I Hardly Knew Ye.”

We all then slipped into the New York night, remembering the first five years of the Salon and ready for many more.

See you at our next IAW&A Salon at The Cell Theatre on June 21st at 7 pm!