The celebration came a day early at the Irish-American Writers & Artists Fourth of July Salon, a declaration of artistic independence that featured a dynamic group of readers and performers who gathered at St. Patrick’s Pub on W. 46th for a spirited evening of words, music, and drama. 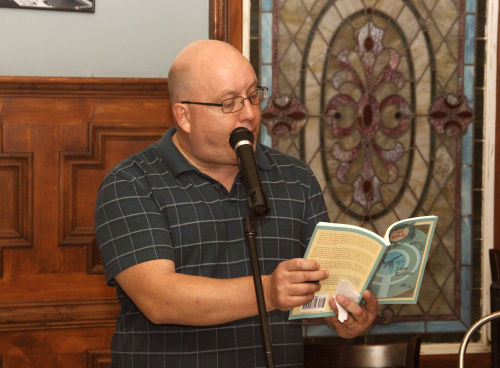 Host and Salon producer John Kearns got the party started by reading an excerpt from his novel, The World, about a fireworks display taking place on July 3rd. As the young character, The Artist, watches the fireworks, he feels himself falling in love with Claire Larken, a girl who has not appeared at the Independence Day celebration. 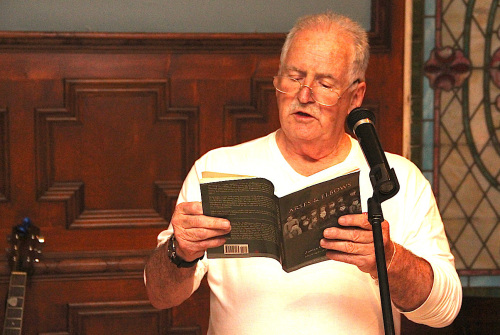 He was followed by James G. Cullinane, who read from his book, Arses & Elbows, a memoir of growing up in Abbeyside, Dungarvan, Co. Waterford, Ireland, as one of eight children. James described how he came to understand how industrious his mother was, what inexhaustible energy she had, how she wished only the best for all of her children and how, years later, how sad it was to see her in the coffin as a shrunken, little old lady.

Robert Gibbons then presented through song, or as he puts it, “the kind of unforgettable melody that is used to transport us back through peace.” His music evoked the spirit of Frederick Douglass by incorporating portions of his speeches. 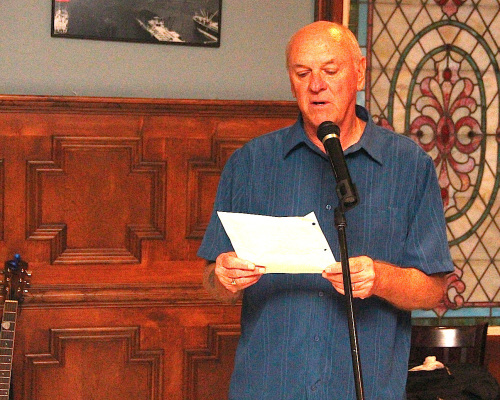 Next up was Kevin R. McPartland, novelist and short story writer who read a short chapter from a novel in progress entitled Brooklyn Rhapsody, in which he describes a visit to Brooklyn by an old army buddy of one of the novel’s main characters. The scene takes place in a Bay Ridge apartment and promises to be anything but peaceful indeed. 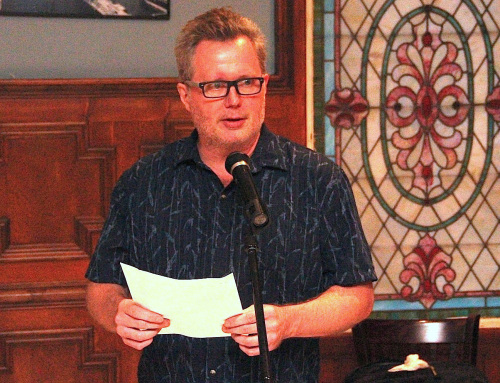 Mark William Butler then read his short story, “The Junk Shop,” about a slice of “vanishing New York” that hasn’t vanished yet, and how something old can somehow continue to be new. 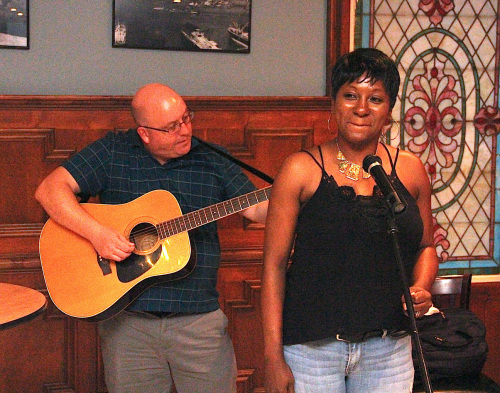 We were then introduced to singer Sophia Spence, who hails from Trenchtown, Jamaica. Sophia made her Salon debut by bringing down the house with her renditions of Bob Marley’s “Turn Your Lights Down Low” and “No Woman No Cry.” John Kearnsaccompanied her on guitar. 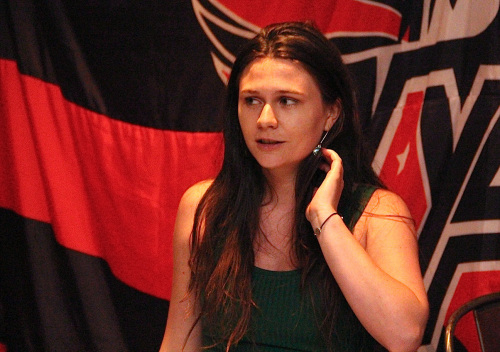 After a short break, and an attempt to conjure up some red white and blue Guinness, Irish actors Niamh Ryan and Denis Haugh opened the second half by treating the crowd to an extract from Ryan’s play, Eternal Youth, a rhythmic two-hander about Irish teens, which can be seen at the Hudson Guild Theater on July 31 and August 1 & 4. It has previously been performed in Galway and UNC Chapel Hill where it was awarded the Sam Seldon Playwriting Award. 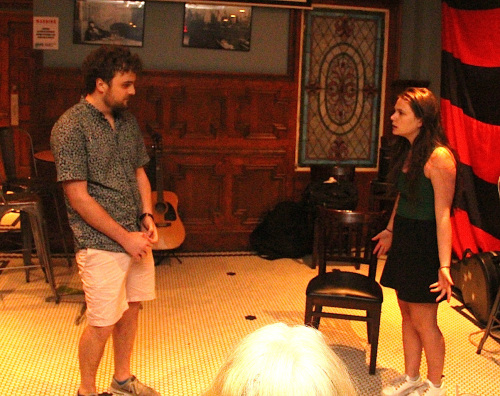 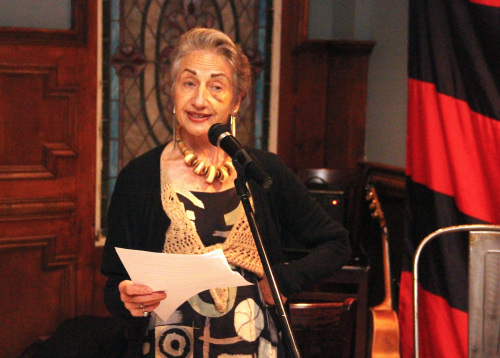 Author M.C. Neuda then read her crime fiction story entitled, “The Blackberry Patch,” set in a dystopian future, where our eighty-two-year-old heroine escapes from a retirement home and pushes herself to her limit to get to the blackberry patch and safety (or not) before she is caught (or not). 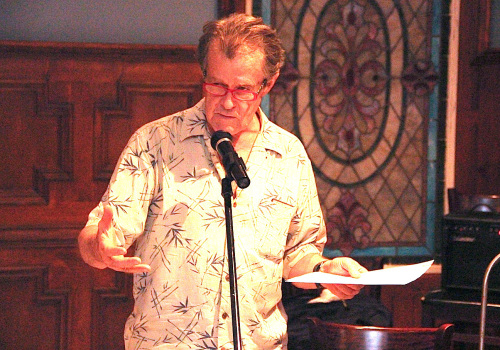 She was followed by Gordon Gilbert, who read a humorous monologue entitled, “Bitter Old Men,” from his series about aspects of men growing old. 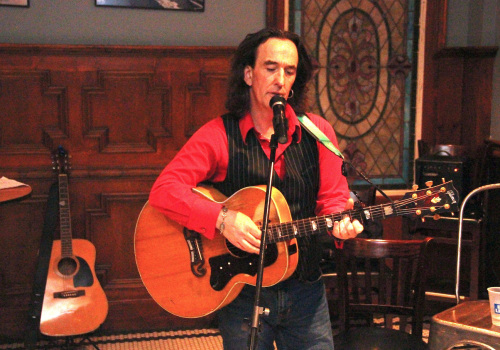 We then welcomed Derek Dempsey, the multi-talented singer-songwriter and ace entertainer, who took the stage for three songs: a tasty cover of Marvin Gaye’s classic “What’s Going On?”, and two originals, “An American Sings His Song,” and “Lullaby For Dylan.”

Finally, the one and only Malachy McCourt closed the show by sharing some hilarious observations about the ongoing raw sewage crisis in Washington DC, before channeling George M. Cohan by leading the crowd in rousing renditions of Give My Regards to Broadway, and Yankee Doodle Dandy.

It was a grand old time. Happy Birthday, America. We hope to see everyone at the next Salon on Tuesday, July 17th at the cell theatre.

Until then, here’s a thought from the immortal “George M.”: “Hurried and worried until we’re buried, and there’s no curtain call… life’s a funny proposition after all.” 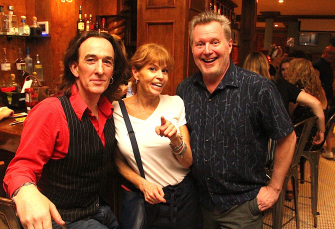