Three theater pieces, musical variety, poetry, video and lots of laughs were featured at the August IAW&A Salon at The Cell. Members continue to be inspired by last month’s immigration-themed Salon and by the topic of Malachy McCourt’s latest book, Death Need Not Be Fatal.

The audience cheered when Salon producer and host John Kearns read briefly from IAW&A mission statement: While avoiding party affiliation and endorsing no candidates for public office, IAW&A is outspoken in defense of artistic freedom, human rights and social justice. For its entirety, go to i-am-wa.org/about-us/mission-statement.

College students Madden McDonagh and Erin Krebs made their Salon debut with an accomplished rendition of Elton John’s “Your Song.” Erin, a musical theater student, sang and Madden accompanied her on piano. They have been playing music together since they were 14 and offered their artistic vision to Cabtivist, the one-man show by IAW&A veteran and Madden’s dad, John McDonagh. 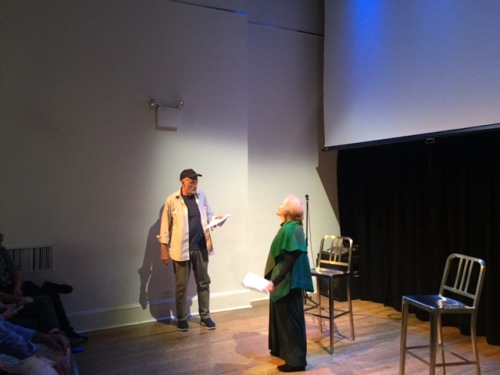 Thom Molyneaux raves that Rosina Fernhoff  “rocked the house” in a scene from Re-Wrighting the Creeping Venomed Spider King, Thom’s play about Shakespeare and the writing of his early masterpiece Richard III. As Queen Elizabeth, she was “…bright, witty, vulnerable and powerful with a spine of steel…” and had a theatricality that embodied the script. Thom and Rosina thank our IAW&A audience for its “support, warmth and exciting response.” 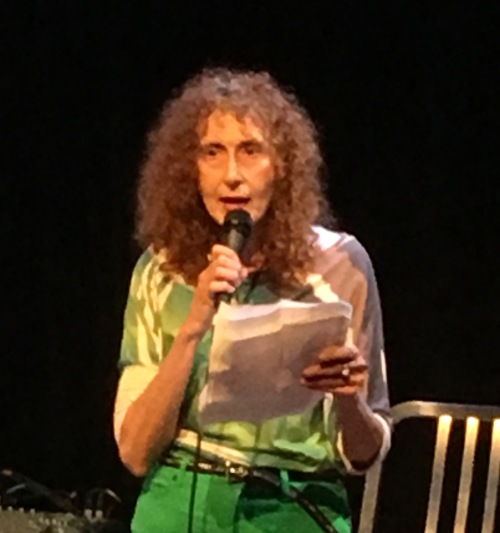 Madeline Artenberg presented three dramatically visual and moving poems with the underlying theme of the spoken and unspoken. They were: “From Nothing, about a father’s immigration to Ellis Island.  In “Rock Chick Sonata,” a mother’s lost dream has consequences for a daughter. In  “First Date,”  an innocent teenager is filled with angst, curiosity and hope on a first date in Coney Island.

Tom Mahon, Sarah Fearon and Sheila Walsh showed their comic chops in Sheila’s short play Birdie and Sue. Tom and Sheila, played the fantastical couple of the title, and Sarah, their perplexed friend. You’ll be able to see it in a program of one-act plays, Lost and Found.  We’ll announce the reading date. 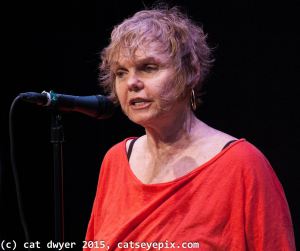 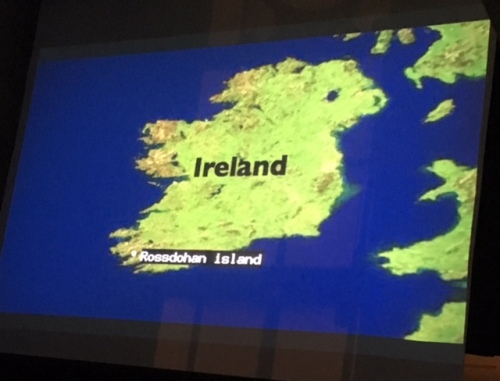 Kathleen O’Sullivan has been sharing her video autobiography-in-progress, “From Ireland to Isham Street” and it promises to be a lyrical account of her coming-of-age. The segment she showed tonight introduces the O’Sullivan family and their ancestral island in the West of Ireland. Her parents emigrated to America and eventually settled in Northern Manhattan, where the river and rocky cliffs reminded them of home.

Struck by John Kearns’s reading from IAW&A’s mission statement, jazz saxophonist JonGordon told the story of a particular moment in music history that brought together geniuses of different origins: Nat King Cole’s recording of Billy Strayhorn’s “Lush Life” in an arrangement by Italian- born Pete Rugolo. Jon read the lyrics of the brilliant song and then, played it on his sax, brilliantly.

Aoife Williamson, Sarah Ryan, and Maria Deasy gave great comic performances as the Kelly women in a scene from Derek Murphy’s dark comedy Dyin’ For It. Gathered around the bedside of the supposedly dying patriarch, the alarmed family realizes he might be showing ever-so-slight signs of recovery. If the Kelly women don’t kill each other first, they may have to put an end to the despicable Wally Kelly themselves, and before Christmas. 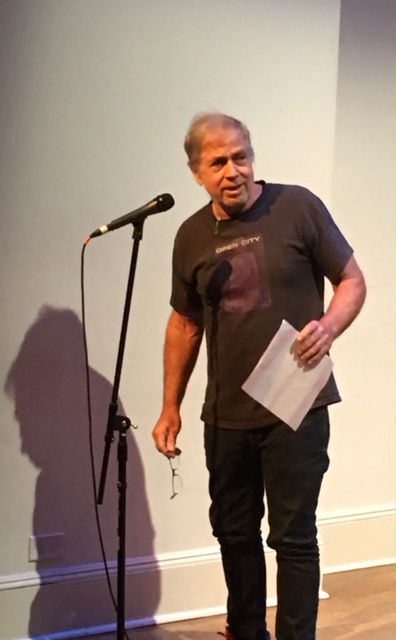 Brent Shearer’s very funny story addresses the question of whether aspiring writers should get an MFA or just go live in New York. Perhaps thinking about Malachy McCourt’s new book, Brent suggests a novel idea: a combined cemetery plot and writing program for, well, dead writers. Brent calls it: “MFA or NYC: Post Mortem Program to Have Scribes Knock Knock Knocking at the Gate of Heaven.”

We heard another humorous take on an aspect of dying in Miranda J. Stinson’s poem “The Men of Mortuaries Calendar.” Miranda read two beautiful poems, “Ghazal,” inspired by Maryam Alikhani’s reading at the immigration salon and “Belfast Nights,” perhaps inspired by the year she lived in Ireland.

John Kearns’s “Overture on Anger and Forgiveness” introduces the final section of his novel in progress Worlds. Using phrases and clauses from the section it introduces, the Overture mixes words of anger and forgiveness in a non-narrative musical way.

Ending the night with even more music, trad music star and expert Don Meade brought his tenor guitar and played Irish and Appalachian tunes and entertained us with an Irish music hall song, “The Mice Are at It Again.” 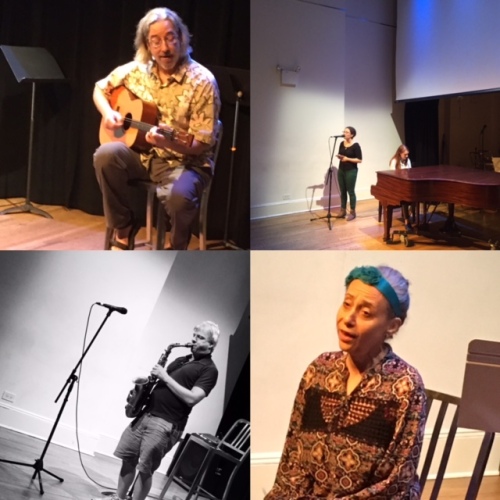 Don’t miss the next one, Thursday, September 7, 7 pm, Bar Thalia.