← PREVIOUS POST NEXT POST →
By Karen Daly
Photos by Dan Brown
The early September IAW&A Salon at the Studio at Symphony Space offered our unique, surprising mix of drama, monologue, personal stories and music from Sinatra to Irish trad. 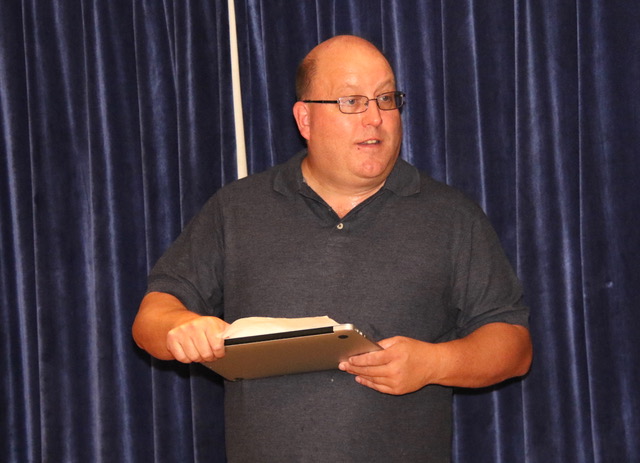 In honor of Labor Day, host John Kearns read two excerpts from Resignations, his play about two former art students working in an absurd office. The first, a nonsensical conference call (who hasn’t participated in one?) consisted of jargon from various industries, was published by Fact-Simile Magazine. Then, in a comical resignation letter, the character, Joy, expresses her desire to quit her job but realizes halfway through the letter that she cannot. Look for John’s poetry in the September 15th issue of The Razor’s Wine.
Playwright and filmmaker Daniel James McCabe read two powerful scenes from his new play Charlatan, which he calls a “darkly comic allegory for the post-truth era” set in the last Times Square fortune telling parlor. Charlatan was recently presented in full at The Actors Studio’s Festival of New Works.

Maura Mulligan presented a scene from her play-in-progress Oscal An Doras (Open the Door). The power-mad Saint Brigid, formerly a goddess, causes chaos at the Vatican when the 13th Century Pope Joan, a “Popess,” is brought back from the dead.

Maura was thrilled to have the generous and talented actors Terry Donnelly, Maria Deasy and Jack Di Monte appear in her work again. Pat Daly accompanied them on the bodhrán drum as they brought closure to the upheaval with “Deus Meus,” an eleventh-century macaronic hymn (work sung in multiple languages) in Irish and Latin.

Playwright and composer Mark William Butler showed the tender side of his ebullient self with a musical memory of his father, a singer extraordinaire known as “The Cool Breeze.”  Mark’s Dad William helped steer him to Frank Sinatra and jazz, and Mark paid tribute by singing “I Can’t Believe That You’re in Love with Me,” complete with what Mark calls “some slippery scat.”

PS Mark’s brother, the brilliant Richard Butler, an IAWA supporter and Salon performer, is starring in a production of the Tony Award-winning musical Urinetown at The Somerset Valley Playhouse in Hillsborough, NJ from 9/6 to 9/22. Mark is planning an end-of-summer outing to see it on Sunday, September 15th at 2:00pm. Join him there or meet at Penn Station. For more details, please email Mark. 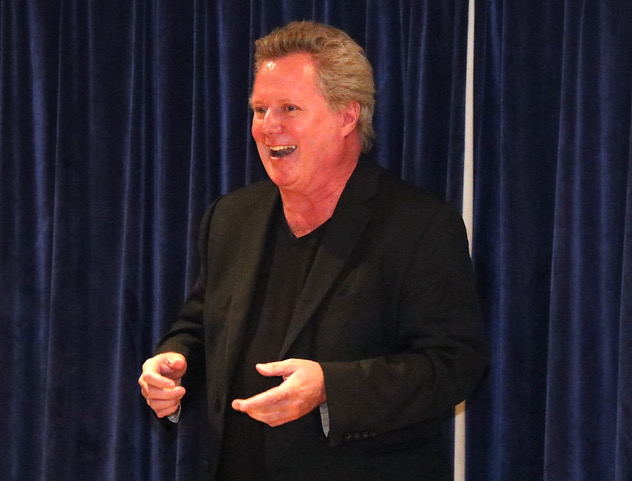 Performing artist Guenevere Donohue told a story about her recent trip to Ireland, called Chance and Comer. At an impromptu singing session among locals at a pub in Castlecomer, County Kilkenny, Guen hears strong Irish tenors and baritones warbling Country and Western songs. When they ask Guen, the lone Irish-American woman at the bar to sing, she stuns them with her voice and language. “The Yank sang in the mother tongue!”

We were happy to welcome two versatile young talents: Erin Krebs and Charlie Romano. Erin, with Charlie on the piano, sang Charlie’s new composition “That’s Why,” with lyrics by Robert L. Freeman (A Gentleman’s Guide to Love and Murder). Erin also performed “The Joke,” by the American singer-songwriter Brandi Carlile, with Charlie playing the harmonica and the guitar.
For more information on Erin please visit her website.

For more info on Charlie’s new musical Call Me From the Grave about legendary bluesman Robert Johnson, see his website.

Salongoers enjoyed more of the continuing adventures of actor/writer Alan Gary. One of his life’s stories described a couple who touched his life, and Alan realized that after the wife’s death, her husband seemed to absorb her best qualities. His other humorous piece described the dog-eat-dog world of pre-teen boys and their quest for baseball cards.
New York-based actress and filmmaker Andrea Peterson made an impressive Salon debut in Dan Brown’s latest monologue “From Montclair to Memphis.” Using comedy and drama to depict the memorial service for an Elvis-crazed matriarch, the work examines how a country and a family deal with the passing of its heroes and the preservation of their secrets. 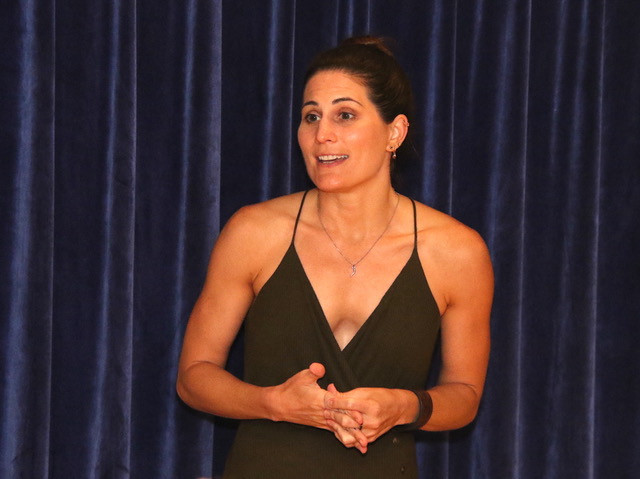 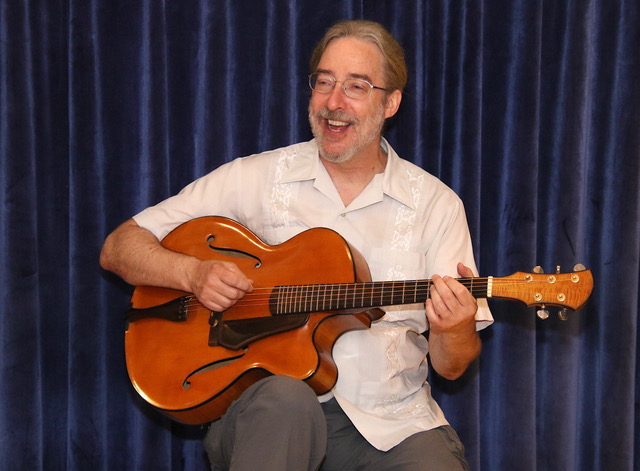 Trad musician Don Meade, also a writer, historian and music producer, can be found on Mondays at his sessions at The Landmark Tavern (626 11th Avenue) and we were lucky to have him bring the night to a close with his brilliant music. In Don’s words, tonight he played…”the air “Sliabh na mBán” and the “Culfodda Reel” on a chromatic harmonica, a fling from the late Mrs. Ellen O’Dwyer of Limerick on a five-string “cello guitar” and the single jig “The Peeler and the Goat” on a solo-tuned diatonic harmonica.”
← PREVIOUS POST NEXT POST →