Benefit for Committee to Protect Journalists 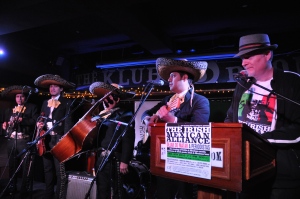 THE IRISH-MEXICAN ALLIANCE event turned out to be everything we hoped it would be. A crowd of close to 300 people turned out to support the Committee to Protect Journalists (CPJ), who are seeking to call attention to and provide support for journalists who are being killed, intimidated and forced to seek asylum in the U.S. for reporting on the Narco War in Mexico. It was a night of cross-cultural solidarity, great music, and some truly memorable speeches.

The evening was hosted by author and journalist T.J. English, who set the tone early when he referred to what is happening with the narco war in Mexico as “an obscenity.” English read a statement from a reporter for the Dallas Morning News who described what it’s like to report on the Narco War, which was best summed up with the phrase, “trust no one.” The seriousness of the evening was never lost, even though the festivities would expand to encompass some great Irish American and Mexican entertainment. It was a lively and innovative event. 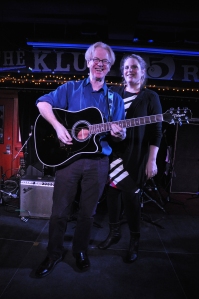 MUSIC FOR AN IMPORTANT CAUSE

The musical portion of the evening was kicked off by a full mariachi band called Mariachi Aguila y Plata, who hardly needed a microphone to fill Klub 45, upstairs at Connolly’s Pub near Times Square, with their traditional guitar and brass ensemble. Throughout the evening, some truly inspired musical acts took the stage, including Larry Kirwan of Black 47 fame, and Celtic singer/songwriter Ashley Davis, who both also happen to be co-directors of Irish American Writers & Artists, Inc. (IAW&A), who sponsored the event. Joe Hurley and Friends rocked the stage, and also Celtic Cross, who are quickly establishing themselves as one of the most popular Celtic bands in the NYC area.

The musical highlight of the show was Frontera Bugalú, a Tex-Mex cumbia band that was flown in from El Paso, TX especially for the event. Among other things, cumbia is great dance music, and the dance floor was hopping with a brown and white mix of Latinos and Irish Americans shaking their booties into the night.

The speakers on the bill were interspersed throughout the evening. Joel Simon, executive director of CPJ, expained how money raised at the event would be earmarked for a special fund used for legal expenses and family support for journalists in Mexico who have been forced to flee to the U.S. because their lives have been threatened by narco gangsters or corrupt members of the Mexican military. 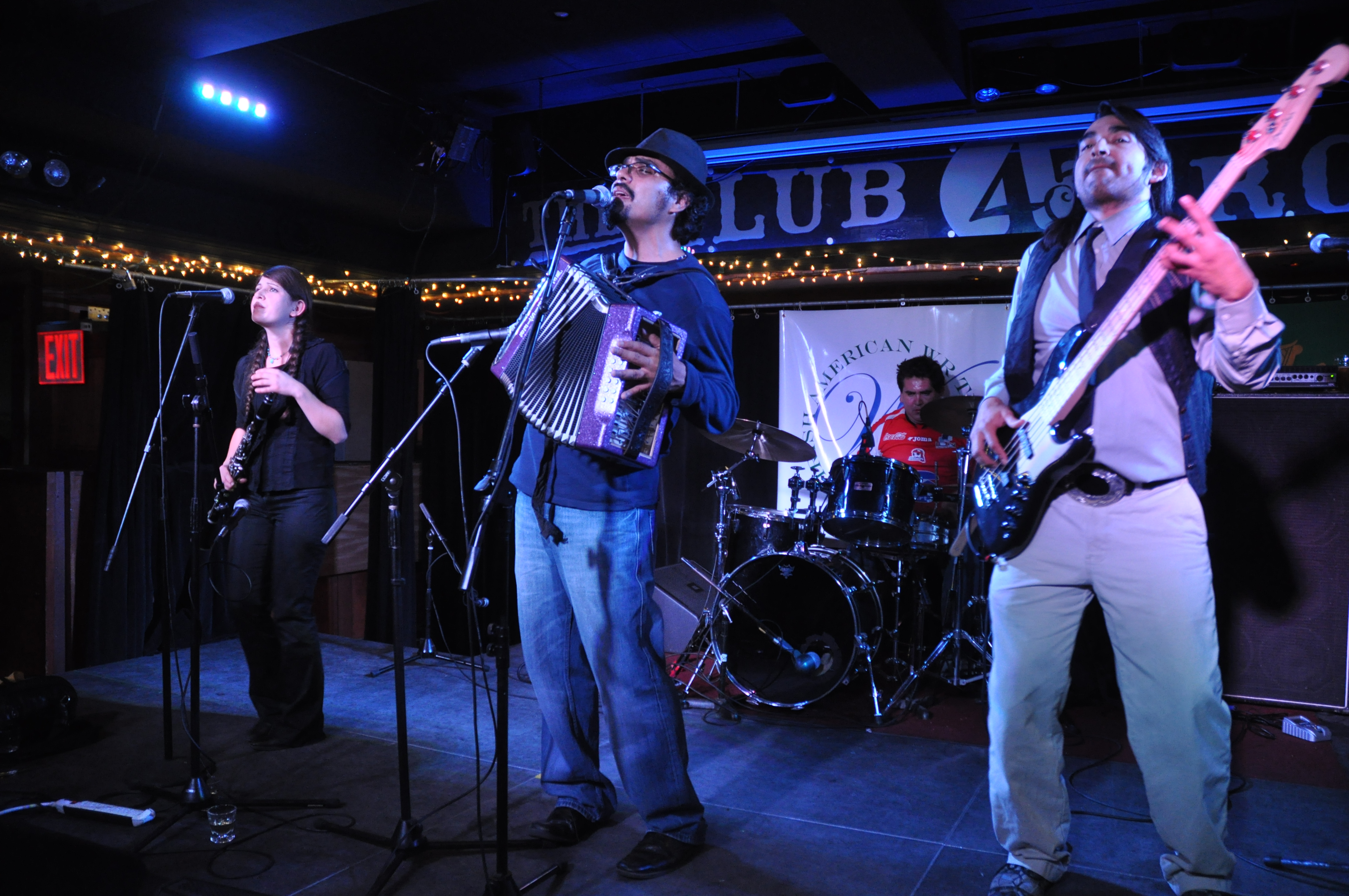 An unexpected highlight of the night was the reading of a poem by Jimmy Santiago Baca, the poet laureate of Chicano America, written exclusively for the Irish-Mexican Alliance event. Read by Guillermo Jimenez, a Mexico City-born writer who now lives in 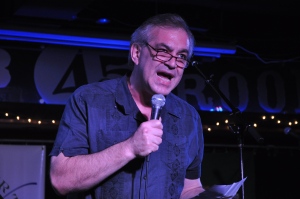 Brooklyn, the poem was a cry of outrage at the killing of journalists, and Jimenez’ interpretation of the poem riveted the audience.

Here, in its entirety, is the poem written by Jimmy Santiago Baca…..

THE SCENT OF GUNSMOKE AT DAWN

I sing this requiem for all the journalists who have been murdered by narco killers
I allow my body to swing like a Yuruba witchdoctor
a Yaqui medicine man
allow my blood to run fast and swirl in magic humming
as I grieve for the writers whose silence now drowns the world
whose words scratch into the bone walls of my skeleton
their howls of regret
I move my feet slowly and I turn my body in a dance of death
I breathe their breath I move their hands
my heart drums their heart beats
and I swirl in my tribal remorse dance for their absence
and I open my mouth and I cry out at the morning sun
their names, the names of hundreds,
names brimming with my tears, with my agony for their agony
with my blood clenching at the dust, with thorns of the nopal cactus
piercing my soul
as I hurl stones at the church, at the police, at the narcos
why why why you muthafuckers
kill the singer, murder the carrier of news,
O, let us all mourn and turn our bodies in circles
move our feet forward and backward
and dance their beauty, dance their bravery,
and trample as we do the cowards whose bullets
left them bleeding in the streets,
turn I yell, turn and turn and turn
until we invoke their spirits to say we are sorry
that we will remember them…
that we do remember them
that we will always remember them….

IRISH AMERICANS AND LATINOS TOGETHER 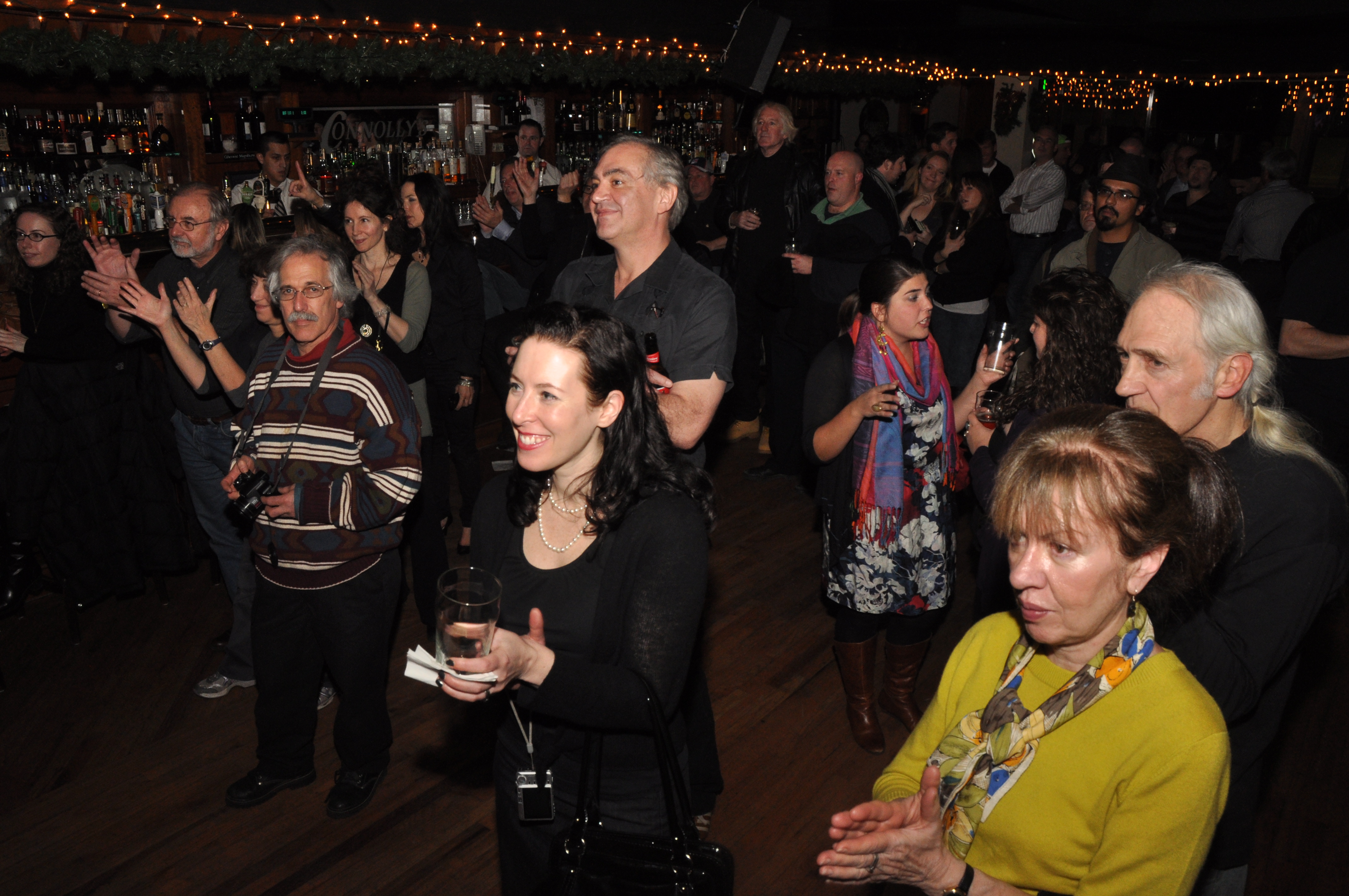 Midway through the event, New York journalism icon Pete Hamill took the stage and told of his deep affection for the Mexican people, which began when, as a young man studying in Mexico on the G.I. Bill, he got into a drunken altercation and wound up in a jail in Mexico City. The way he was treated by the Mexicans he encountered in jail, with compassion and respect, set him off on a life-long exploration of Mexico and its people that has resulted in books and magazine articles and even a stint as the editor of an English-language newspaper based in Mexico City.

The final speaker of the night was Ruben Blades, the legendary salsa singer who is also an actor, former Minister of Tourism of his home country of Panama, Harvard Law School graduate, and former candidate for President of Panama. Blades is an internationally revered figure in Latino circles; the crowd hushed to complete silence as he explained that, knowing he would never be able to function as an artist under a military dictatorship in Panama, he came to NYC and began working in the mail room at Fania Records, the renowned birthplace for the explosion of Latin music in the early-1970s. Blades talked movingly about the issue of journalists being killed and said, “This room is not big enough — in fact, there is no room big enough — to truly represent how important this issue is.”

Along with music and speakers, the night was punctuated by the raffling off of such items as t-shirts, CDs and books signed by English, Hamill and other authors on the program. There was also a lively “passing of the hat” designed to raise every last penny available in support of the cause.

A UNIQUE AND IMPORTANT EVENT 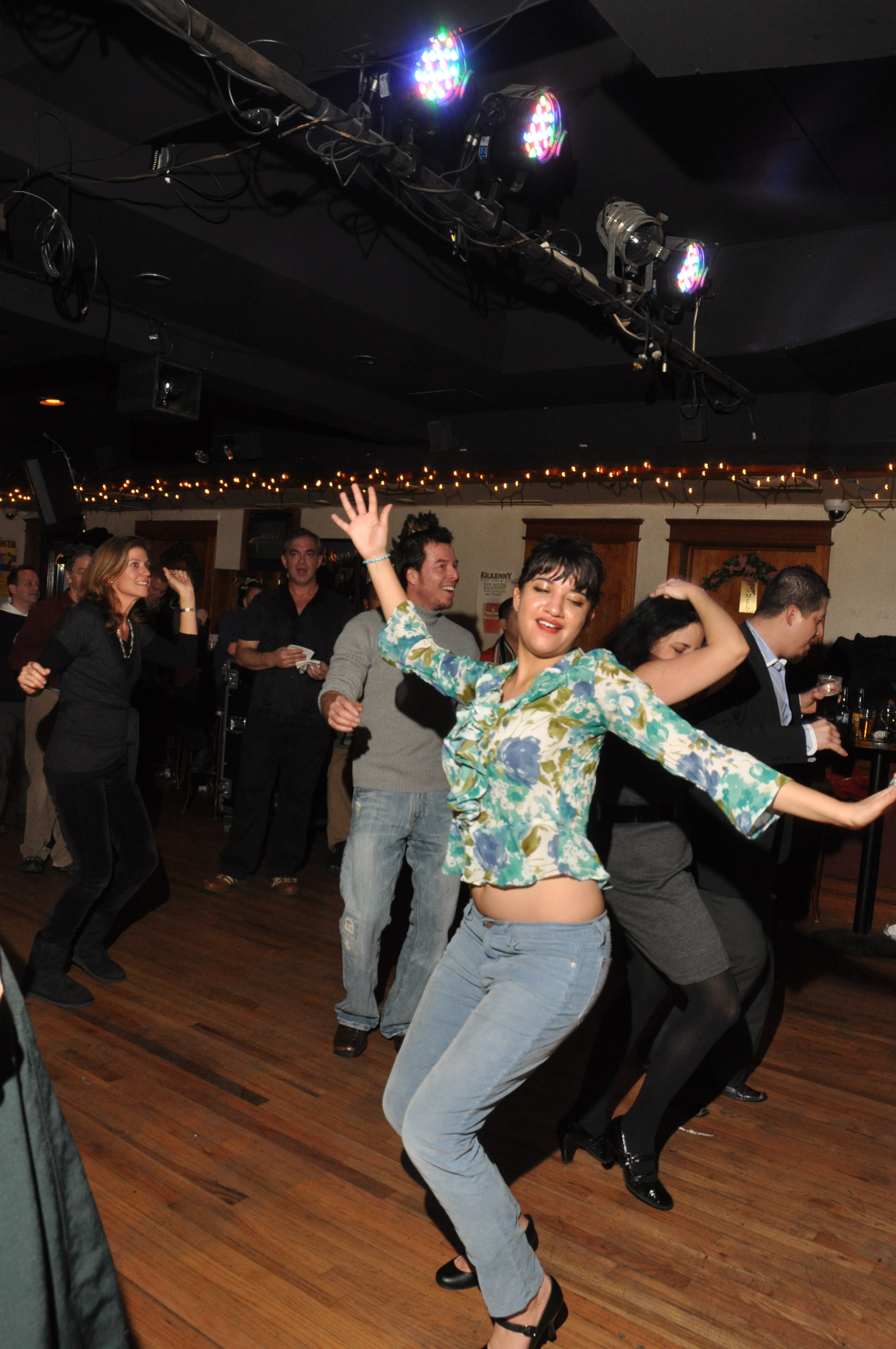 After nearly four hours of edification and entertinment, the dance-weary crowd spilled out into the chilly New York night knowing they had experienced something important and unusual: one culture reaching out to another culture in a time of need. The multi-cultural tenor of the evening was inspiring, with Irish Americans and Latinos discovering points of solidarity around issues of artist freedom and freedom of the press to do their job without being threatened or murdered.

After the event was over, Pete Hamill noted in an email correspondence with organizer and host T.J. English that he’d left the event that night to go to a memorial for John Lennon, with whom he had a close friendship. “I couldn’t help thinking that Lennon would have understood our event, and he would have been there.”

This weeks, IAW&A will present CPJ executive director Joel Simon with a check for $7,000, money raised at the event. Along with the money, the event was a big success in terms of coalescing awareness and understanding on an issue of utmost importance to all artists.