Mark your calendar! September 27, 2012 is “Irish American Writers & Artists’ Night” at the The Cell. IAW&A’s  Larry Kirwan is having a three-week run of his play, Hard Times at The Cell and we thought it’d fun to get a group of members out to one of his performances. One of our members was at the dress rehearsal the other night and she said, “It was GREAT!”
Larry will be on hand and after the play he will be conducting a Q&A concerning the history of the Draft Riots, Steven Foster, Old New York, etc. After Larry speaks we will be resuming the fun at the Half King further west on 23rd Street.
Tickets are normally $18 but use the IAW&A discount code, which is “black47”, to get them for $15. Go to
http://www.thecelltheatre.org/hardtimes2012/. 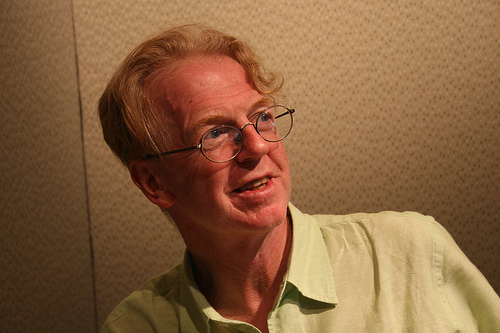 Many of you know how talented Larry is and you also know what a great place The Cell is for a performance. So grab a ticket or two, invite some friends and come on out and support one of our members.  It’s sure to be a fun evening.
← PREVIOUS POST NEXT POST →