Thanks to the support and planning of the Consulate General of Ireland, the Irish American Writers and Artists Salon will be presenting its first “road” Salon at the Gaelic American Club of Fairfield, CT on April 19, 2013 from 7:30-9:30 pm with a short intermission. 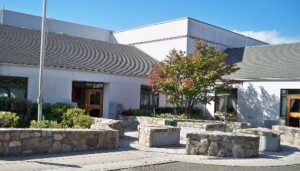 The Salon will feature a group of regular presenters from the New York City Salons along with a group of presenters invited by the Gaelic American Club.

The New York IAW&A presenters are:

Seamus Scanlon: Galway native and author of the recent crime fiction collection described as a cross between Joyce and Tarantino, As Close As You’ll Ever Be.

Kathleen Donohoe: Co-Director of Irish American Writers and Artists and 2012 winner of the Crossroads Irish-American Writing Contest for an excerpt of her novel, You WereForever.

Tom Mahon: a writer of short and long fiction, experimenting with a prose/poetry series that’s turning into a multimedia project.

Kevin Holohan: a Dublin native whose first novel The Brothers’ Lot was published to critical acclaim on both sides of the Atlantic in 2011.

John Kearns  (Co-Host):  Treasurer and Salon Producer for Irish American Writers and Artists and author of Dreams and Dull Realities and The World, poetry, and ten NYC-produced plays.

In addition, Marie Reilly, one of the event’s organizers, will perform traditional music on her fiddle, with guitar accompaniment by Con O’Halloran:

Marie Reilly: A premier Irish fiddler from Co. Longford who performs with a unique, distinctive Leitrim style passed down through eight generations, Marie has won numerous championship competitions at Fleadh Cheoil na hÉireann, Fleadh Great Britain and a myriad of festivals throughout Ireland, England, Scotland and the USA.  Marie appeared on national television in Ireland, performed in concert at the Department of Foreign Affairs and Trade in Dublin, Glucksman Ireland House at New York University and at the Lincoln Center OurLand Festival, the Edgerton Center for the Performing Arts at Sacred Heart University, CT and the Cell Theatre, New York. Marie recently released a CD, The Anvil, dedicated to her father, Michael Reilly from Drumreilly, Co. Leitrim.

Con O Halloran and his family came to CT in 2000 from Ireland and has been singing and playing guitar for a long, long time. Con had been a member of, and had formed several traditional and musical folk and ballad bands over the years, including The Mariners, Kippure and Shelta being the most recent before leaving Ireland. Con got together with his sister Judy who moved to CT in 1998 and formed Camac.

The Connecticut presenters are:

Seamus O’ Cuinn: is a retired English teacher who taught thirty-eight years at the college and high school levels. He has twice been named Connecticut’s and New England’s Poet of the Year by the New England Association of Teachers of English. Writing under both his Irish and English name, James Quinn, he has published over three hundred poems in literary magazines, as well as four chapbooks, and two full-length books of poetry, titled Grandpa Was No Saint (1995) and A View from the Heart (2005).

Noel McGovern: a County Fermanagh native who emigrated to America in 1965, Noel hosted an Irish radio show on WGCH For 32 years and currently is a co-host on WVOF. A member of The Clan n Gael Players , Noel has appeared in over 20 plays including Always, which toured in Ireland in 2009. Noel is currently documenting treasured childhood memories in a book tentatively titled When I Was Young And Foolish.

Peggy S. O’Leary: is a founder and Artistic Director of The Clan na Gael Players who have been presenting plays by or about the Irish since 1987. She has also worked as a stage manager, actor’s agent, actress,  and producer.and owner of Blue Moon Theatrical Presentations, specializing in audience participation shows and children’s workshops.. Peg began writing plays for children when her kids were in elementary school and has been expanding her body of work since. Several of her participation shows, The SS Dreamship; Mick and Molly ‘til Death Do Us Part; Poor Neil O’Neil’s Wake/Hooliet have been produced as have many one acts. Inspired by emigration stories, she penned her first full length play ‘Tis Worth Remembering produced in November 2012.

Breda O’Sullivan (Co-Host): born in Galway, raised in Dublin by native Irish speaking parents from Ballyferriter, Co. Kerry, Breda came to the United States for four months in 1988. Twenty something years later she has nested in Fairfield but maintains strong roots in Ireland. As a member of the GAC she has chaired the social committee and is a director on the board of Feile. She has organized a wide range of musical events and participated in several Clan na Gael productions as well as co chairing the Cultural Pavilion at the Fairfield County Irish Festival.

Hope to see you there!

Other “road” Salons with other IAW&A presenters are in the works!  Stay tuned.