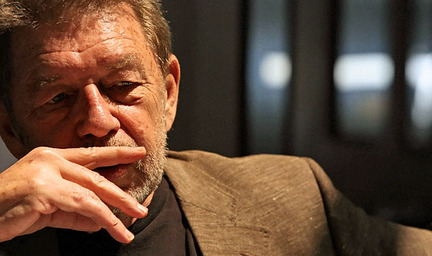 IAW&A members are invited to attend opening night for the reduced price of $20 (regular price is $50). NYNB Conference will be held at the Fordham University’s Lincoln Center Campus.

Hamill started his career as a reporter for the “New York Post “in 1960. He is the only person to be editor of both New York tabloid newspapers, the “Post” and “Daily News.” He also worked as a columnist, has written articles for numerous magazines and has even written screenplays. Hamill is the author of 20 books, including the novel “Snow in August” and his best-selling memoir “A Drinking Life.”

Planned for the tribute are a short video, remarks by IAW&A president T.J. English and Terry George, the Oscar-winning producer of “The Shore” and some oratory from the honoree.

“No writer has ever given more eloquent expression to the Irish-American soul than Pete Hamill,” IAW&A past president Peter Quinn said.  “He’s been our voice and our conscience, constantly reminding us of who we are, where we come from, and the ties we share with working people and immigrants of all colors, creeds and backgrounds. In my reckoning he deserves to be Irish-American of the Century as well as the year.”

In addition to the Hamill tribute, NYNB Opening Night includes a full schedule of presentations and panel discussions.

Organized by the The Irish Echo and the Belfast Media Group, the annual NYNB Conference will spotlight the bridges of progress and prosperity being built between the citizens of the two great cities of New York and Belfast, looking optimistically to the future while celebrating our shared past.

In addition to the reduced opening night ticket price, IAW&A members can attend both days of the conference, June 13 -14, which includes lunch on Friday for $110 (regular price $200).

For more information and to reserve tickets, go to http://belfastmediagroup.com/nynb/