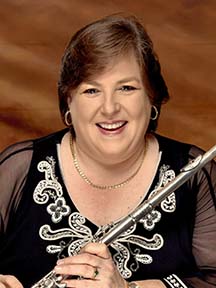 A consummate musician—performer, composer, recording artist and educator—Joanie Madden is a champion of traditional Irish music. Bronx-born to Irish parents and immersed in trad Irish music early in life, Madden excelled on the concert flute and tin whistle. As a driving force behind Cherish the Ladies, an all-female Irish music and dance troupe, she has performed on Grammy Award-winning albums and in acclaimed documentaries. Madden also produced the PBS/American Public Television special, Cherish the Ladies: An Irish Homecoming. Recipient of numerous awards, including the distinguished Ellis Island Medal of Honor for exemplary service to the United States, Madden will now add IAW&A’s Eugene O’Neill Award to her honors.

“I’m thrilled to be chosen to receive the Eugene O’Neill Lifetime Achievement Award,” said Joanie Madden. “I’m humbled to receive this award from an illustrious group that I admire so much.”

Mary Pat Kelly, Vice President of the Irish American Writers & Artists, said, “As her passionate — and numerous — fans around the world can attest, Joanie Madden stands out for her tireless commitment to preserving and passing along true Irish music from one generation to the next.”

Founded in 2008, IAW&A aims to highlight and encourage Irish Americans who are active in the arts, with twice-monthly salons and a vibrant community. In ten years, IAW&A has become an important contributor to New York’s Irish-American arts scene. Every year, the organization celebrates the achievements of Irish American writers and artists by bestowing its Eugene O’Neill Lifetime Achievement Award to an individual recognized for exemplary contributions to the arts.

The price of $150 per person includes a year’s membership with the organization. Tickets are available now through Eventbrite.