On Friday, June 19th, at 7:00 pm (EST), Irish American Writers and Artists, Inc. and The Fortune Society (“Building People, Not Prisons”) will host a special theatrical event for Juneteenth, also known as Freedom Day. The on-line gathering will feature excerpts from “The Castle.”

Written and performed by Cas Torres and Earvin “Easy” Hunt, and directed by The Fortune Society’s founder David Rothenberg, “The Castle” chronicles the journeys and redemption of two formerly incarcerated New Yorkers.

Introduced by IAW&A President Maria Deasy, and moderated by WBAI host David Rothenberg and IAW&A Co-Founder Malachy McCourt, the evening will celebrate The Fortune Society and affirm IAW&A’s commitment to serving as a force for inter-ethnic and interracial solidarity, understanding and active cooperation.  Join IAW&A and The Fortune Society for a truly breathtaking and unforgettable performance.

You can view the event here on our Facebook Watch page.

Ervin Hunt
Ervin Hunt’s life has been a difficult one, to say the least, having suffered one trauma after another, beginning at the age of two when he fell out of his Harlem apartment window, fracturing his skull, breaking his arm in two places, and lapsing into a coma.

While his physical wounds healed, he suffered from the emotional scars left by his father who was heavily into gambling and dealing drugs.

In 1972, Ervin became addicted to crack cocaine and , in his words, became “stuck at the age 18 for 20 years.” His first arrest, in 1974, was for shoplifting and, by 1975, his drug use and dealing resulted in his first state prison incarceration. But after seven years in and out of state prison, he began believing that maybe, when he got out of prison this time, he might create a better life for himself instead of going back to the streets.

This inspiration occurred during a presentation by one of Fortune’s Housing Program outreach workers that he attended while in upstate New York’s Oneida Correctional facility in 2002. Ervin was excited to learn about Fortune’s recently opened 60-bed residence, the Fortune Academy (“the Castle”). Since that fateful day, Ervin has experienced much more than just securing a roof over his head at the Castle.

Today Ervin is clean and sober which would not have been possible without the amazing staff at Fortune, stable housing, a caring community, and the services he received while living at the Castle.

Casimiro Torres
Performer Casimiro Torres is a 49 year old Hispanic/Irish man from Hell’s Kitchen NYC. Cas, as he is called, is one of nine children born to an alcoholic mother. He was raised in juvenile facilities throughout New York State and is the product of a violent, abusive childhood. After a lifetime of addiction, homelessness and 16 years in prison Cas arrived at the Fortune Society in 2005. Homeless but hopeful he began to take advantage of the programs offered there to address his addiction as well as being formerly incarcerated and homeless. While at Fortune Society’s housing component, the Academy, Cas studied at The Resource Group and eventually became a Credentialed Alcohol and Substance Abuse Counselor. Over the past 16 years he has been worked as a treatment counselor, as superintendent of the Fortune Academy as well as fortunes apartment building, Castle Gardens. Cas has also served on Fortune Society’s board of Directors.

David Rothenberg
Producer of “The Castle” and founder of The Fortune Society, David Rothenberg (pictured here with Malachy McCourt) is a veteran Broadway producer and prisoners’ rights activist. After reading the script for Fortune and Men’s Eyes by former prisoner and playwright John Herbert, he was instrumental in producing the play for an off-Broadway production. Later, he was a civilian observer during the Attica Prison riot, which left a deep impression on him and spurred his lifelong activism for prisoner’s rights. This inspired him to found the Fortune Society organization, which advocates for prisoner’s rights and works with former inmates to aid them in adjusting to life after prison. David Rothenberg is an agnostic and lives in the West Village in New York, NY.

We do this by:

• BELIEVING in the power of individuals to change;

• BUILDING LIVES through service programs shaped by the needs and experience of our participants; and

• CHANGING MINDS through education and advocacy to promote the creation of a fair, humane, and truly rehabilitative correctional system.

Juneteenth
Juneteenth (a portmanteau of “June” and “nineteenth”), also known as Freedom Day, Jubilee Day, and Cel-Liberation Day, is an American holiday celebrated on June 19. On June 19, 1865, the Emancipation Proclamation— which had been issued on January 1, 1863— was read to enslaved African-Americans in Texas by Gordon Granger. Texas was the last Confederate State to have the proclamation announced, after the end of the American Civil War in April of that year. Texas was the most remote of the slave states, and minimal fighting meant there were few Union troops present to enforce the Emancipation Proclamation until after the war ended. 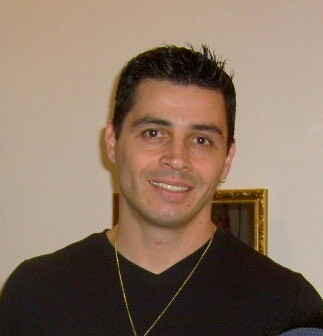