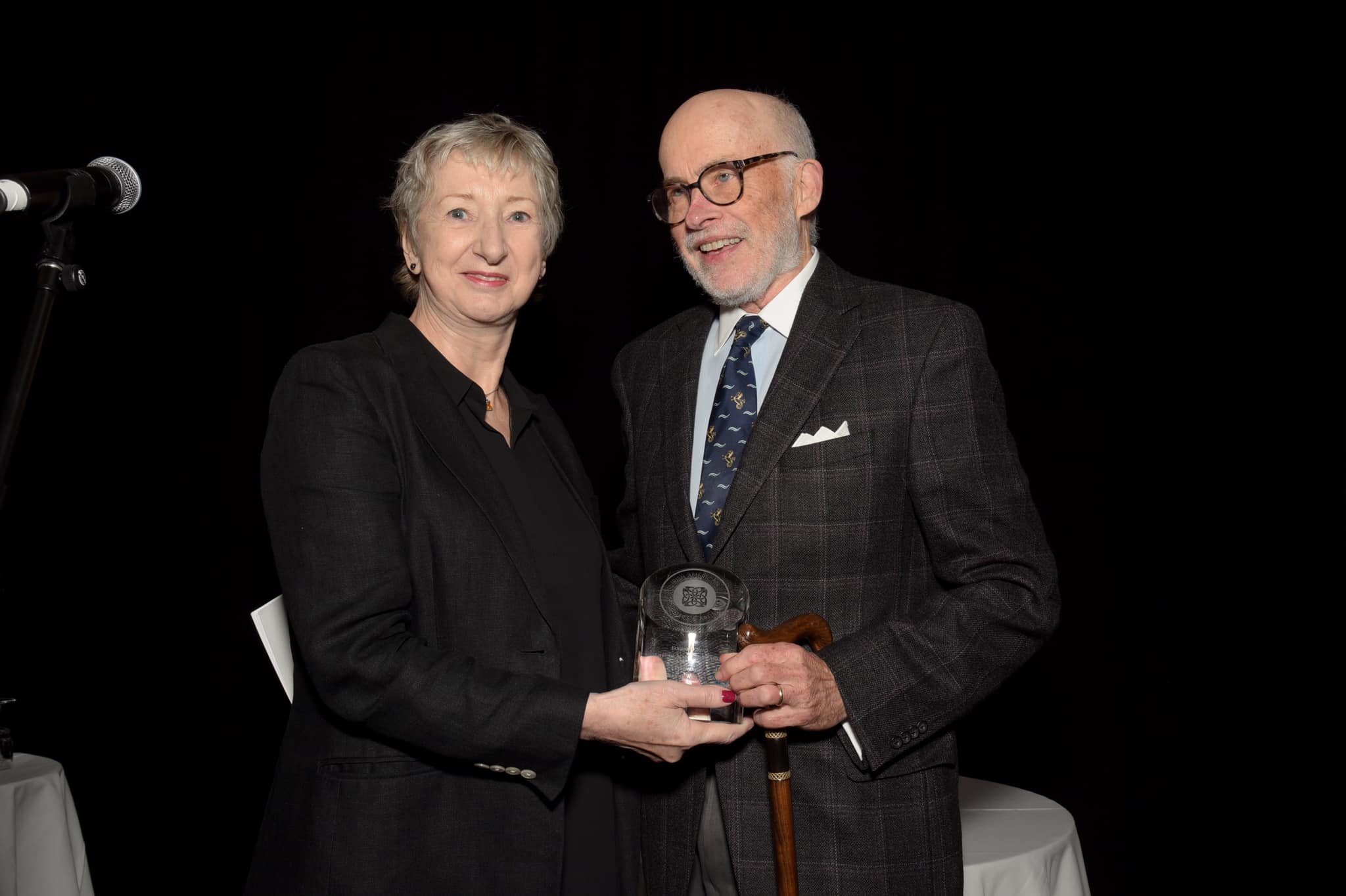 Each fall at a festive reception, IAW&A recognizes the contribution of an Irish American artist whose work places them among the great artists and entertainers of all time. Named for the playwright who embodied the highest level of artistic achievement (including four Pulitzers and the Nobel Prize for Literature), the Award is handcrafted and etched in optic glass by Tiffany and Company.