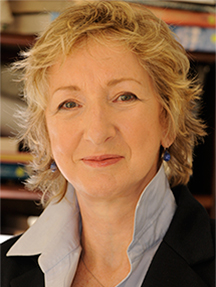 Harty received the 2009 Ambassador Award from the St. Patrick’s Committee of Holyoke, Massachusetts for her work “to promote the relationship between the people of the Republic of Ireland and the people of the United States.”

She was twice honored by the Office of the Comptroller of the City of New York for her “outstanding journalistic contributions to the Irish community in New York and throughout the United States.” And in March, 2015, The Irish American Heritage & Culture Committee presented Harty with the Woman of the Year Award “for fostering a global awareness of the Irish community, its contributions and numbers accomplishments.”

Harty, a native of Tipperary, emigrated to the Bronx in 1972, and was very pleased when, in 2000, then Bronx Borough President Fernando James “Freddy” Ferrer made her a Citizen of the Bronx. She serves on the board of Glucksman Ireland House, NYU’s center for Irish studies. She also serves on the Irish Repertory Theater’s Advisory Board, and on the committee for the annual Women of Concern Luncheon, which raises funds for the Irish relief organization Concern Worldwide.

In addition to her book, Greatest Irish Americans of the 20th Century, Harty contributed essays to Being Irish: Personal Reflections on Irish Identity Today by Paddy Logue, and The Irish Face in America by Julia McNamara.