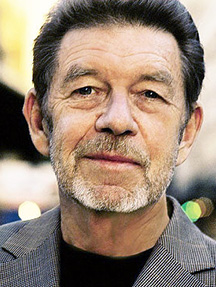 In a storied career spanning fifty years, Hamill has excelled as a newspaper reporter and columnist – the only man to serve as editor of both the New York Daily News and the New York Post. He is an award-winning novelist and a best-selling author of many non-fiction books on subjects ranging from Mexican muralist Diego Rivera to Frank Sinatra to his beloved home borough of Brooklyn. As a journalist, Hamill covered wars in Vietnam, Lebanon, Nicaragua, and Northern Ireland, as well as race riots in the U.S and numerous political campaigns. He is credited as the man who convinced Robert F. Kennedy to run for president in 1968; he was present on the night RFK was assassinated.

Hamill’s best-selling books include A Drinking Life, Downtown, Forever, and North River. His essays and articles have appeared in Esquire, The New Yorker, Playboy, Rolling Stone and many other publications.

Born into a working-class family whose immigrant parents hailed from Belfast, Hamill is widely viewed as a wise and humane man always willing to lay his reputation on the line for human rights. We have little doubt that this 2014 O’Neill award will prove to be one of the most popular in literary, journalistic, political, and neighborhood bar circles.

Upon receiving news of his forthcoming O’Neill Award, Hamill said, “It is a great honor. O’Neill was a giant, of course, an artist of power and beauty. His voice still reminds us that there are many ways to be Irish. And even more ways to be human. Before the iceman cometh, let’s have a great time saluting our deepest, bravest heritage.”