Kevin McPartland kicked off Tuesday night’s Irish American Writers & Artists’ “Salon at the Thalia Café.” Kevin read a gripping chapter from Brownstone Dreams in which his young protagonist, Bobby Dutton, burglarizes a neighborhood jewelry store and faces a troublesome outcome. We look forward to the October publication of Kevin’s book and his  “Brooklyn Launch Party.”

The laughter began as Tom Phelan read the opening line of his novel Iscariot–”The one thing the priest hated doing was giving out holy communion”–and continued as the fictional Father Keegan braced himself for the “snappers and suckers who, like greedy fish, snapped the blessed bread with their long lips and left the priestly fingers glistening with saliva.”  And that was just the start of a very funny and very descriptive selection from Iscariot, the story of Frank Molloy, an expatriate and a former priest, who returns to Ireland to the village of Davinkill. It is the town where he grew up, the town that decades earlier sent him out into the world as a newly ordained priest, the town that was scandalized when he left the priesthood–and the Church–and the town where his own brother has long since disowned him.  Iscariot, available in paperback, will be available for the Kindle later this year. Tom also announced that he will be the Ireland Fund of Monaco writer-in-residence at the Princess Grace Irish Library in Monaco. Congratulations, Tom!

Ed McCann read the prologue from his recently completed manuscript, a memoir entitled Finding George that pivots on the 1975 abduction of his infant nephew and Ed’s search for him more than two decades later.  Ed, a native of both Queens and Brooklyn, is a former television writer/producer and a contributing editor for Country Living magazine.  Clare Smith Marash was next up. Clare is currently getting her M.F.A. in Fiction at Columbia University, where she hopes to make headway on a collection of short stories. Clare read an absorbing piece of new fiction about a girl growing up after her parents divorce. Those of you who have been on the New York scene for awhile will remember Clare’s father, Dave, an American television journalist. And Tom Mahon closed out the first half of the evening reading the beginning of “Tony” a story based on a true incident, which occurred in Bayonne, NJ in the mid-fifties. Tom read of retrieving  memories and seeing the people who have a hand in making us who we are today.  Tom suggests if we accurately remember and record them and acknowledge their part in who we have become we can bestow on them no finer gift.  Nice sentiment.

The ever-entertaining Billy Barrett is a writer who has tremendous command of his genre. He’s a sparkler in the rising tide of new age neo-beat authors who’ll be major players in the next five years. His prose has the effect of Dylan Thomas crossing paths with the lyrics of the first three Springsteen albums. His reading from his novel in progress, Highway Star was original and provocative. 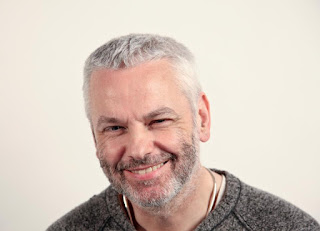 The wonderful Seamus Scanlon read the story ‘Another One’ from his new collection As Close As You’ll Ever Be. Seamus juxtaposes the beautiful and violent with a unique, arresting voice, which was most evident in Seamus’s reading. It has been said that he has officially joined Ken Bruen as a reigning dark poet laureate of Galway. Agreed.

First time reader Terrence P. McCauley winner of TruTV’s 2008 Search for the Next Great Crime Writer Award read a section of his new short story Lady Madeline’s Dive featured in the THUGLIT Anthology available on Amazon.com. Terrence also has two novels slated to be released in 2012 – ‘Slow Burn’ by Noir Nation Books and ‘Prohibition’ by Airship 27. An entertaining reader, Terrence is a terrific addition to  our growing list of top notch writers.  For hear more  of McCauley’s  work and other writers in the Noir genre, check out Noir at the Bar this Sunday, September 9th from 6-9 PM at the Shade Bar, 241 Sullivan Street, NYC.

Poet and memoirist Ed Farrell said of Tuesday’s salon “It was the best I’ve ever attended. There was so much fine writing and, as usual, the audience was great.” Ed read four recent poems: “The Littorals,” “Il Pasto,” “Even in Winter,” and “Firenze.” At the end of the evening Ed noted that the reception was inspiring and he’d soon be seeking publication of his poems. He said, “We must listen to Yeats who wrote, ‘Irish poets, learn your trade/Sing whatever is well made…’ I think that’s what we were doing tonight.”

John Kearns fresh from the “Lisdoonvarna Salon,” in Ireland, where he met with author Maura Mulligan during his visit, read two autumnal poems, “To A Man Who Fell Climbing” about a hiker who died on the way to the top of Mount Mansfield, VT, and “Tom Toms of Autumn Beating.” John concluded with the poem,  “Better This Way” ”Better This Way,” published in the Greenwich Village newspaper, Westview, in 2009.

Maureen Hossbacher closed out the evening reading an excerpt from her “novel-in-perpetual-progress,” The Grand March.  Maureen took us back to post-Prohibition 1930′s New York to meet a recent immigrant named Michael Moran who has landed a job tending bar at Doheney’s tavern on the upper West Side. Michael and the clientele of Irish working-class men encounter a gun packing gangster who stumbles in for a nightcap.  What ensues is an action packed scene in which the gunman uses Doheney’s’ light fixtures for target practice, resulting in 15 minutes of fame for Doheney’s , a couple of neighborhood cops, and the bartender Michael Moran.

IAW&A salons are normally held on the first and third Tuesdays of the month. The next salon is scheduled for The Cell Theatre, 338 W23rd St, on September 18th at 7PM. For more information on the salons or on joining the Irish American Writers & Artists contact Charles R. Hale @chashale1@yahoo.com